Welcome to our reflections 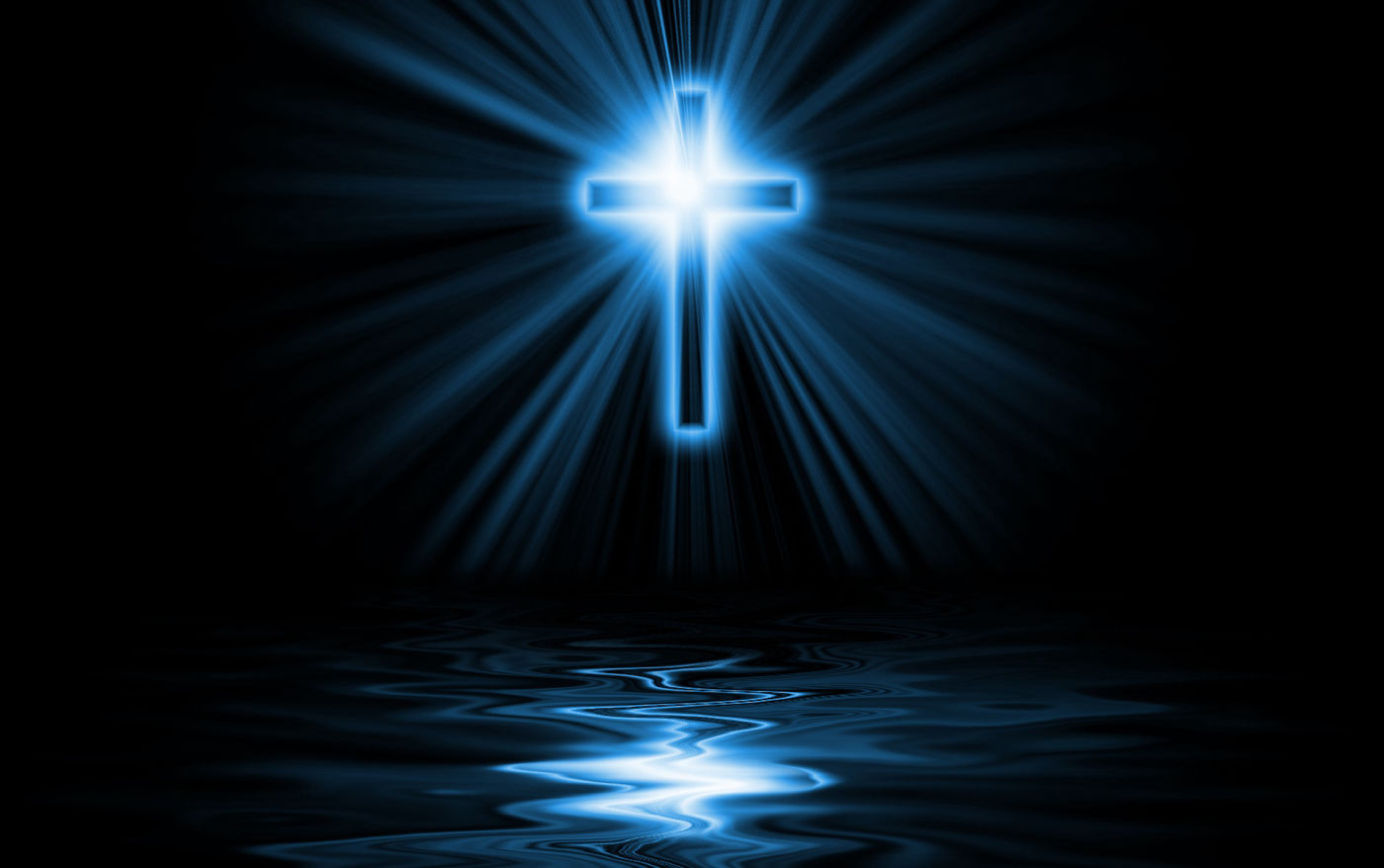 I pray that this finds you well.

I would like to take this opportunity to bring you news of three things that are happening within our church community.

Firstly, we returned to in-person worship on Sunday 23rd May and services will be held weekly as normal. It is still essential that you do not come to Church if you have any symptoms which can be attributed to Covid-19. If you have recently come into contact with someone who is suspected of infection it is essential that you have a negative test before attending worship.

While the Government has lifted the national Covid restrictions, the Elders at St Columba continue to have a responsibility for the safety of those who come to our premises. We have agreed the following precautions

While the Government has given people personal responsibility, we believe as Christians we are called to love one another, and these precautions represent one way in which we can practice that love. The Elders will review these precautions at their meeting on the 7th September, unless dictated by circumstances.

Secondly, with the return to in-person worship the Sunday morning Zoom service finished on Sunday 16th May. Instead we will be launching an evening zoom service on the first and third Sunday of the month, starting at 6:45pm. The content of this service will be different to the morning service or worship booklet. We will trial these services over the summer and review them in September.

Lastly, I am organising monthly bible studies which will look at a different topic each month. This means the each study is stand alone and people are free to pop in and out over the months as they wish. The first study will be on Wednesday 26th May at 10:30am or Thursday 27th May at 2pm and we will be looking at Prayer and whether our prayers are sometimes unanswered. Studies will be held on zoom at least until August when we will review the possibililty of meeting in person.

We will also continue with our Coffee, Chat and Craft morning which meets on the second Tuesday of the month on Zoom starting at 10:30am.

I am hoping to start visiting members of the congregation as restrictions continue to ease and I will be in touch in due course. As always my contact details are

If you require any zoom information simply contact us and we will reply as soon as possible with the relevant information.

13 Are any among you suffering? They should pray. Are any cheerful? They should sing songs of praise. 14 Are any among you sick? They should call for the elders of the church and have them pray over them, anointing them with oil in the name of the Lord. 15 The prayer of faith will save the sick, and the Lord will raise them up; and anyone who has committed sins will be forgiven. 16 Therefore confess your sins to one another, and pray for one another, so that you may be healed. The prayer of the righteous is powerful and effective. 17 Elijah was a human being like us, and he prayed fervently that it might not rain, and for three years and six months it did not rain on the earth. 18 Then he prayed again, and the heaven gave rain and the earth yielded its harvest.

19 My brothers and sisters, if anyone among you wanders from the truth and is brought back by another, 20 you should know that whoever brings back a sinner from wandering will save the sinner’s soul from death and will cover a multitude of sins.

Firstly, James deals with suffering. James will be aware that life, perhaps especially the Christian life, is one in which we experience trouble. In these difficult times, rather than being an advocate for anger or resignation, James advocates prayer. This is keeps us in communication with God, even though we may feel that God is not there. James encourages people to prayer for the strength to endure their present situation.

Next James asks if anyone is cheerful. The word translated here as “cheerful” coveys something deeper than a superficial happiness we may feel because of our circumstances. Here James is speaking about contentment of the heart, He is probably referring to the believer who, through prayer, can be in good spirits despite their circumstance, because they trust God. James suggests that they sing songs of praise, which of course is a form of prayer.

Thirdly, James turns to illness. While the word translated as “sick” can have a wider range of meanings to do with weakness of any kind, some commentators suggest that is wholly appropriate to narrow its meaning to physical illness. In these circumstances the elders of the church are to be called to both pray over the ill person and to anoint them with oil. This is not about faith healing but rather an act of prayer on behalf the person who is sick. Two actions are to be undertaken, prayer and oil is to be applied, both should be done in the name of the Lord. This means that any healing that takes place is because of God’s actions rather than human effort.

The explanation as to why oil is to be applied has been debated by scholars. At this time olive oil was considered to have medicinal properties but in the Old Testament anointing was a sign of being set apart for God’s special attention. Here it appears that James wants the elders to perform an actual physical anointing as a means of assuring the person who is ill, is being held up in a special way for God’s attention in prayer.

James tells us that this prayer will have two outcomes, firstly the person is made well and secondly the Lord will raise them up. The first part of v16 where James is implying that sin can cause sickness goes with v15. While this is teaching is in harmony with the rest of the New Testament it is important to note that the New Testament does not teach that all sickness is the result of sin, that all sin causes sickness or that God always desired to remove sickness for affecting us. In this passage James is clearly teaching here that sickness caused by sin can be alleviated through public confession and prayers for healing.

In the second part of v16, James introduces a new line of thought and states that “the pray of the righteous is powerful and effective”. For James the righteous person is someone who is committed to doing God’s will and to building up their relationship with God, enabling them to know God’s heart. James then appeals to the example of Elijah as a person of faith and he references two stories captured in 1 Kings 17 – 18. The implication is that through prayer Elijah refreshed the earth with rain so through prayer a righteous believer can refresh and heal a fellow believer who is sick as a result of sin.

Sin and forgiveness are the themes of the final two verses of our reading and there is a relationship to the previous section in that forgiveness follows on from confession. Those who stood in opposition to James claimed the right to teach however, the doctrine they taught was at odds with the teaching of Jesus, and it was having a corrosive effect on true faith. Yet, despite that James is holding out the hand of forgiveness and he is encouraging others within the church to turn back to God’s wisdom and the true teachings of Jesus. Here James is modelling the very teaching he has been putting forward in this letter. James doesn’t end his letter with the expected greetings and benediction but with a call to seek out those who, in teaching and practice, have wandered from the truth. The implied appeal is to avoid disobedience in the first place.

As we finish our look at this letter from James I am struck by the importance of the community in prayer and in supporting and guiding one another. Prayer is an underutilised resource of the church and in my experience prayer meetings are poorly attended. It is more common within our tradition of prayer to be a private activity that takes place at home but here in this text I see the importance of corporate prayer, praying for the sick, confessing our sins to one another and actively praying for one another. What difference would it make to our community of faith if corporate prayer became the most important activity we did together?

However, prayer was not the only activity James suggests is corporate. Teaching each other and guiding one another when someone may have lost their way, is also a key part of our corporate life together. However, I have seldom seen this in practice. This means stopping people talking about someone behind their back or gossiping. This means telling someone that their comments are inappropriate. This means challenging someone when their believes contradict the teachings of Jesus. While we don’t like to rock the boat or being confrontational, James warns us how toxic behaviour that is not of God can be to a community. The challenge for us is to first recognise where there is a concern and then to handle it with compassion, with love and with prayer.

I pray that we learn to admonish with love but more importantly we become a community rooted in prayer.

• Think about how important prayer is in your life and consider ways in which we can be a community that has prayer at our heart.

• Pray for those who you know who are ill or facing difficult times.

• Give thanks to God for prayers that have been answered. 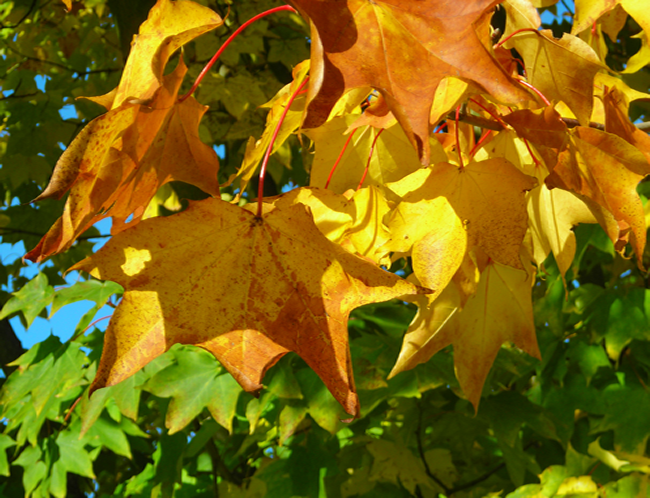 Speaking through Autumn by Catherine McFie

Red, yellow, tan, copper, light green, beige, Different trees, different colours, Some branches bare, some still laden with leaves, Lord, the changes in the trees remind me of the changes in me, I am not the same now as I was this time last year, I am not the same in the morning as I am in the evening, At times I want nothing more than to come into your presence and worship you, At other times I go on my way without a thought for you.

Lord, as the trees become bare and the leaves flutter to the ground I know that this is temporary and new life will follow after a period of rest, Lord, this reminds me that there are parts of my life that need to die so you can become a greater part of me.

Lord, the evergreen trees remind me of your faithfulness Faithfulness through the different seasons of my life Lord, I thank you that you are evergreen.